Forensic Anthropology Center at Texas State
Information and registration for the seminars may be found at:
https://www.txstate.edu/anthropology/facts/workshops/K9.html

Information on the instruction staff can be found below.

The first FACTS seminar was held in March 2013. The two initial lead instructors were Ann Christensen and Bill Dotson who were brought it to establish the program due to their years of experience, their integrity and the quality of instruction they provided. Their guidance helped to establish the program and while they are no longer actively teaching at FACTS their influence will forever be a guiding force in our program. Thank you both Ann and Bill!

There are now level 1, 2 and 3 seminars which focus on different aspects of training human remains detection dogs. 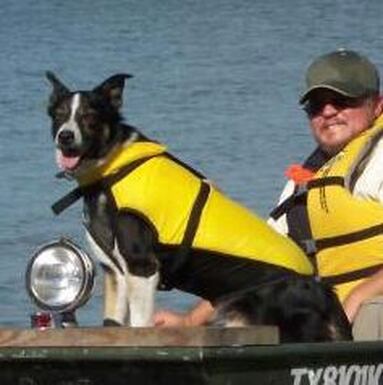 Dr. Michael BEN Alexander began dog training in 1972 at the age of 8 training his parents GSD's for confirmation, obedience and later schutzhund. Ben has continued training dogs for a variety of venues over the years, settling with search and rescue dogs in 2000 and has dedicated his life to the furthering the science behind the dogs since 2010.

Ben began teaching at seminars in 2010 after being encouraged to do so by his own mentors Shirley Hammond, Cheryl Kennedy, Ann Christensen and others. In 2013, through his research at the forensic anthropology center at Texas state (FACTS), he began a pilot seminar program which developed into the robust K9 training program that now exists at Texas State. Ben is the FACTS K9 training coordinator. While he still continues to do seminars and certifications across the country he has focused his efforts on providing one of the best learning environments in the United States for cadaver dog teams at FACTS. However he is always available for consultation and strongly believes in the service cadaver dog teams provide to their community. 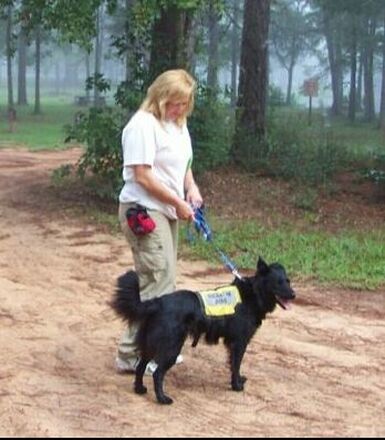 Tiffanie Turner has over 35 years of experience in animal training. She grew   up on a small farm where her family raised Doberman Pinchers for personal  protection and raised many other farm animals. She began training animals at  an early age; riding horses almost before she could walk. She broke and  trained her first horse for competition at 13, began taking in client horses at  the age of 15 and started behavior modification with animals at 16 yrs.
Tiffanie started as a large animal veterinary assistant at 17yrs and continued  training horses and K9's through college while obtaining her bachelor of  science in biomedical science. Currently she is a Large Animal Radiology  Technologists for Texas A&M University Veterinary Teaching Hospital and teaches 4th year vet students.
She has been an instructor for the Forensic Anthropology Center At Texas State University HRD canine program since its inception and helped develop the program protocols and structure. She has also worked with zoos and researchers in effort to protect wildlife by training conservation dogs nationally and internationally to detect invasive and endangered plants and animals.
Tiffanie Turner began her SAR career in 2004 with a Border collie mix named "Fanta" who would go on to be recognized as the National Association for Search and Rescue's K9 of the year in 2010 for her outstanding work on multiple recoveries.  Tiffanie has trained 4 nationally certified wilderness HRD dogs (NNDDA, NASAR, and NAPWDA) and began in USAR in 2013 with FEMA disaster HRD K9 "Fetch-it". Tiffanie participated in the recovery efforts for hurricane Ike, the Memorial day floods of 2015, and as well as many missing person searches over the past 13 years.

Tiffanie has presented and instructed at National conferences, pre-conferences and seminars all over the United States. She has taught assisted many handlers in starting their HRD dogs on odor and has. She also co-authored a chapter on puppy enrichment and differential rearing in a SAR K9 selection book. Tiffanie is one of the founding members and primary handlers for F.I.R.S.T. Detection K9, a 501c3 organization 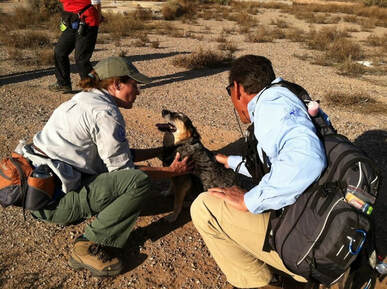 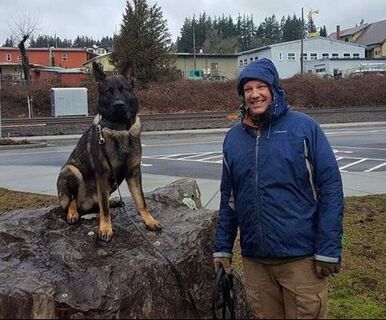 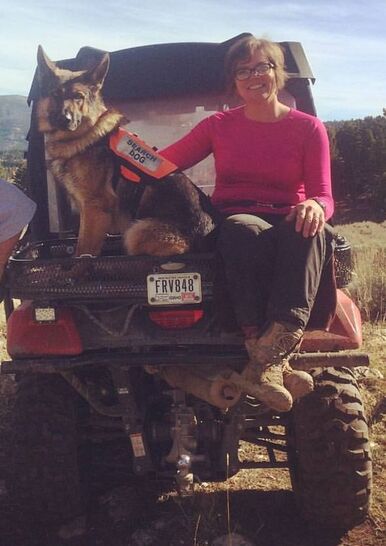 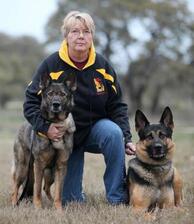 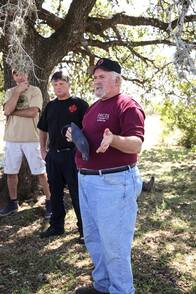